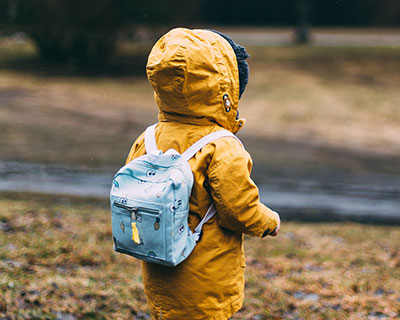 The Boy and the Hill

The boy, in his thick coat
And trousers, boots
Tightly wound against ankles,
A flexed knee and firm
Grip, began his climb.

One single forward, upward
Step pressed against the might
And volume of the rising Earth
In front of him, became
A chain linked route of foot falls
Towards the white point
And hill crest crowning
Against the descending sky.

Small black birds, ball like,
Bullet like, beat about him,
Bursting like an obliteration
Of some whole thing, before
Coming to rest beyond his eye
In the branches of a naked tree
That clung to the black seams of rock and melt water
Cooling the mountainside, preserving
Its brow, precipitating calm.

The gorse, gathered in tussocks
And tufts around dense, flexible
Cores, tested his ankles, rolling them both
Inwards and out, pushing his toes
Back towards his heel or jolting his arch
Through the skin of his boot. The thickets,
Thorny and tight, pierced the fabric
Of his trousers and teased his damp skin
Leaving striations: red scars
Of tiger claws angled through calf and thigh.

The air was cold and huge,
Overfilling, flooding his young lungs
With each hungry in-breath
Before demanding release – too volatile
Still to remain steady in his sharp frame;
Reacting like a gag, a reflex,
Unready, ready, beginning and end
Overlapping each other, two currents
Colliding creating a rip in the tide;
A rope tugged through
As his body dived
On the pearls of oxygen.

The higher he climbed, the greater
The gradient, his thighs and buttocks
Working to urge stairs in the sheer angle;
His back flat and straight, broadening
As if in defiance of the breadth of earth
Which faced him, eyeball to eyeball.
His brow, his lip, exuded
Sweat, sweet and fresh, as if risen
Through the soils and brooks and narrow
Veins of the land to rise through him
And condense again at the meeting of skin and air.

His hands grew, taking lobes of mud
And strands of grass, to gain,
To heave and pull him upward.
At times climbing on all four limbs
Like an animal, but lead by the dream
Of the peak, of the prize. His arms
Grew, he felt the muscle
Tighten, twisting, taking strength from the mineral
Matter, extracting force, momentum
From the rocks he scaled.

He lay momentarily face down flat,
Quiet, softly allowing the hillside
To console him; to take his weight
Like a pillow, both friend and foe,
Exposing, welcoming: ‘Home,’
He thought, as he tasted his heart beating
And tasted the damp in his nostrils
And tasted the salt and soil on his tongue.
Eyes closed, lids shut, lashes locked,
Fingers clasped and held, held briefly
By a sensation of someone, something
Else beyond his minute presence
On the hillside.

Then up, up and further still
Towards the summit, the snow now
About him, at finger and foot,
Slippery; in places solid, places soft,
Unconvincing and mischievous, deceiving
His eye with promise of safety
Before revealing the void, a lack
Beneath that grants no purchase.
More than once he found himself
Left knee high or flat out, unable
To go on, to continue his climb
As visibility paled and the whitened peak
Became one with the whitened sky;
But still he ascended, more slowly,
And in hope that what he remembered
Remained above him.

At last, with his hair now long and spread
Across his face, heavy with the residue
Of effort and endurance, he reached,
Hand over hand, foot over foot, the top rock;
The cold edge of the stony razor
That broke like a fin from the foothills.

The boy rose to his full height,
Rivulets of sweat drawing deltas
Down his torso; his mind suddenly free
Like an athlete and the landscape
Laid whole and bare before him,
Behind him, below him, in all directions
Until it met the horizons to the North,
South, East and West. A circle,
A disk, a compass with him
Central, a magnetic pole
Running through his heart and mind,
The current of his spirit charging
Through him and outwards towards undreamt realms.

He sat for a while on a particular outcrop
And quietly allowed the sensation
Of toil to inhabit his body –
His muscles activated, his heart and lungs
In unison, his mind brought still
And bright. The world moving
In silence and seeming slow motion below him:
The interactions of people explained,
The revolution of humankind
Revealed – a smile of resignation
Forming like crystal,
Beautiful and deserved, his medal
And reward.

The promise of darkness prompted
Him to begin again. Begin
His descent down the well trodden
Pathway that could clearly be seen,
Woven and cut,
As if gouged by a tool, or eroded
By nature, tattooed
Into the crust.

The hard earned ease of his steps
Betrayed the strain of his climb;
The ground falling away beneath him,
Running away with the meltwater and rain,
All working downwards towards
The widening point where the streams
Become a river which has its own character
And name – where trees
Overhang and form avenues
And stones make roads and bridges
And homes where meaning is assembled
Like walls built of brick.

The speed of his arrival
Surprised even him; the heat
In his heart and unusual smile
The only reminders
Of where he had been; the steadiness
Held within the pool
Of his stomach – a levelling out of water
And fire – leant a newness of touch
To familiar things. The torrent
Of water under the bridge,
Erupting in coils and gurgling leaps
Before disappearing
As if released
Like boulders down an unchartered slope,
Called him to follow, to leave once again,
To step out from this picture
Of where he’d once been,
To bravely
Let go and begin.