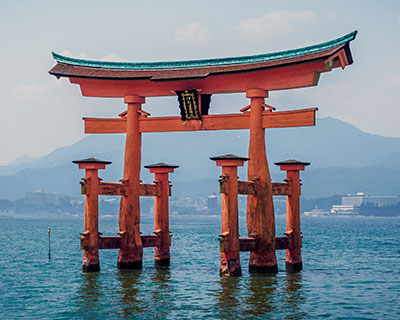 The Ancient Firefighters of Japan

The ancient firefighters of Japan
Entered the house of the fire
Darkened and dowsed in the coldest water;
In thick blue kimonos and high, ear flapped
Hats, they’d run, drenched, into the orange heat –

Their broad black backs passing quietly
Between the vanishing branches
Of flame, until they could not be seen,
As if the mouth of the fire had drunk them down
And left silence in the drying grass.

Nothing would happen until they reappeared,
And even then nothing seemed to be happening,
Because nobody believed it was possible,
But they would return: dried out,
Exhausted and ready to be re-dowsed
If the fire still burnt; but if did not